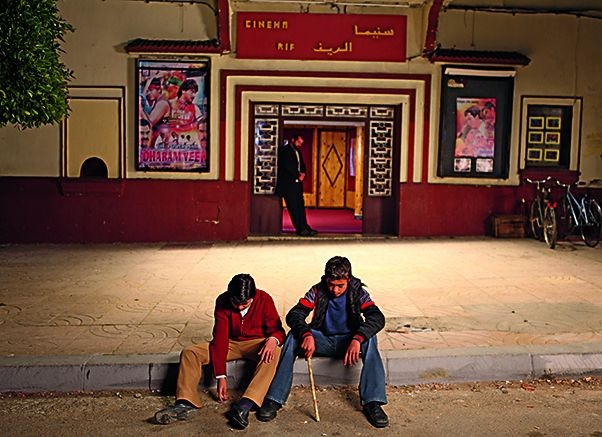 The year is 1975, in a village in northern Morocco, the boy Amar lives with his violent uncle. His mother had to leave to Belgium, and she promised the boy to fetch him later. Since then, he has eagerly waited for her return. Meanwhile, the ten-year-old can confide in his neighbour Carmen. She works at the village cinema as a ticket lady. With Carmen’s help Amar gets into some film screenings that only paying adults are usually admitted to. The sentimental films show the boy a hitherto unknown world that moves even the toughest men to tears. But soon, the boy is brought back down to earth.