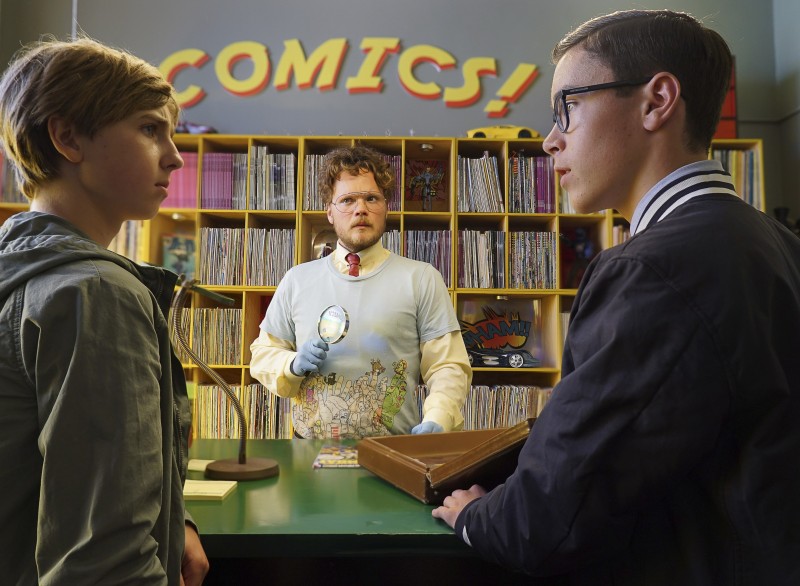 Pelle is almost grown-up and thinks he has accomplished his mission as superhero Antboy. He has annihilated all wrong-doing in Middlelund, so the city even has an Antboy statue built together with Alicia Dufort, head of the Exofarm company. After the summer holidays Pelle wants to leave Middlelund with his girlfriend Ida to attend high school. But things do not turn out the way he expects: his best friend Wilhelm is upset because Pelle did not tell him anything about his future plans. His old arch-enemy The Flea, who once threw the whole city into a state of panic, is released from prison earlier than planned. He is said to have improved, but Pelle-Antboy does not trust him. Suddenly a new unnamed superhero emerges. No one knows where he comes from and what he is up to, but everyone is enthusiastic about him. There are even television reports about the mysterious stranger. Finally, Alicia Dufort wants to take over the world domination using a new invention. So Pelle has to return – whether he likes it or not – and oppose the evil as Antboy.