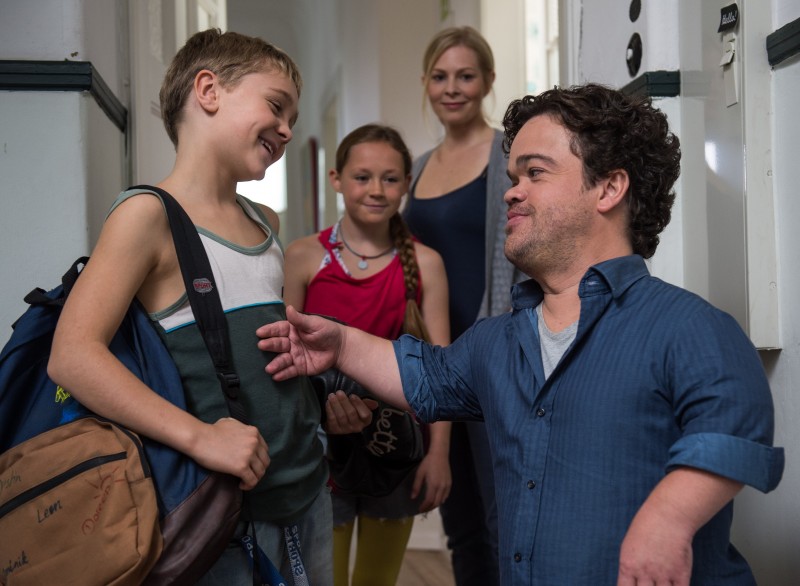 Eleven-year old Michi is a fighter and a little braggart. After his mother’s death, he lives in a children’s home and has to stand up to the older guys every day. When he happens to find the address of his unknown father, he hopes to finally get an ally – one who is tall and strong and stands by his side. Michi proudly raves to the others about his father, whose name is Tom and who will surely be happy to eventually meet his son. He writes the stranger a letter and takes it to the given address. Tom actually still lives there. But then Michi discovers that Tom is definitely not a “big and strong superhero” but a man of small stature, not taller than himself. Michi is appalled. The eleven-year-old boy cannot cope with his father being a Lilliputian. But an encounter with the “dwarf” cannot be avoided. When Tom actually shows up in the children’s home, the other boys do not stop teasing Michi. In desperation he runs away and, out of necessity, tries to find shelter with Tom...