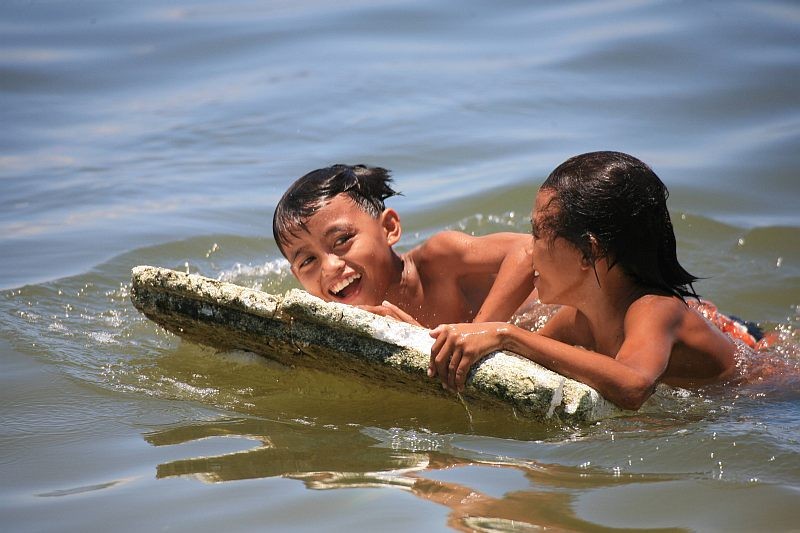 The Bakal Boys live in Baseco, a small town near Manila. Most residents have to make do with what the sea offers them. Their living conditions are therefore very poor. The boys dive for trash from scrap metal to sell it as recyclable material. The proceeds allow them to support their families. When the boys cannot find anything because of poor visibility in the murky sea, they now and then rob the docked tugboats. ten-year-old Utoy and 12-year-old Bungal have been friends for many years. Instead of going to school, they go diving with makeshift fins and worn goggles. Their parents have been against their children’s dangerous campaigns for a long time. But unfortunately Utoy’s father loses his job. Now the family needs the extra income even more. When Utoy and Bungal discover an anchor they hope to finally get a huge amount of money. But the dealer takes advantage of his superiority and always fixes prices the way he likes it. Suddenly Bungal disappears. During the long search for the missing boy, Utoy is suspected of trying to steal metal several times. But the truth is far more tragic. The sea is the people‘s basis for life and also takes their lives – everyone in Baseco is painfully aware of that.