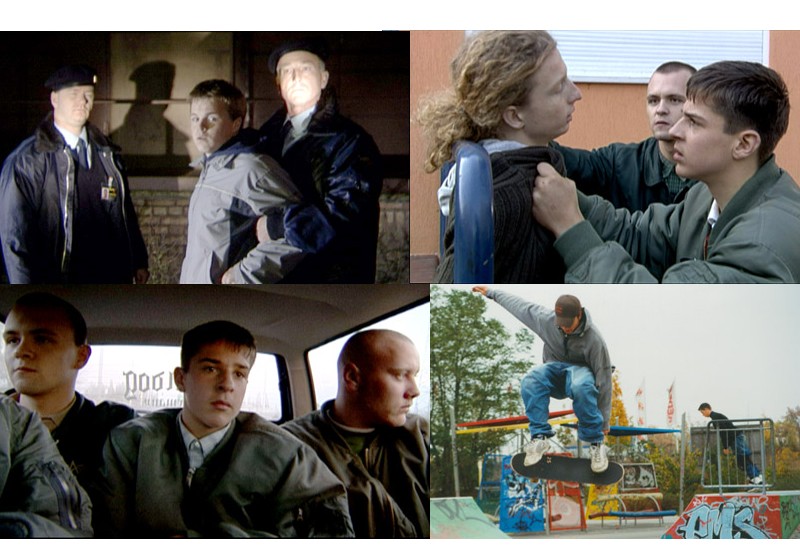 In a small town of Brandenburg Martin tries to prove his power and strenght in a right-wing extreme youth gang. Because of his growing love to Marina he gets into conflicts with is former viewing points. Pushed and pulled he is forced to think about his strong positions.
In the film amateurs were confronted with their own situation of life. Like an experminet they search for a special identity in a contradictory world. The film shows this process in a double way, when it uses scenes of the theatre play and the refexion of its own development.