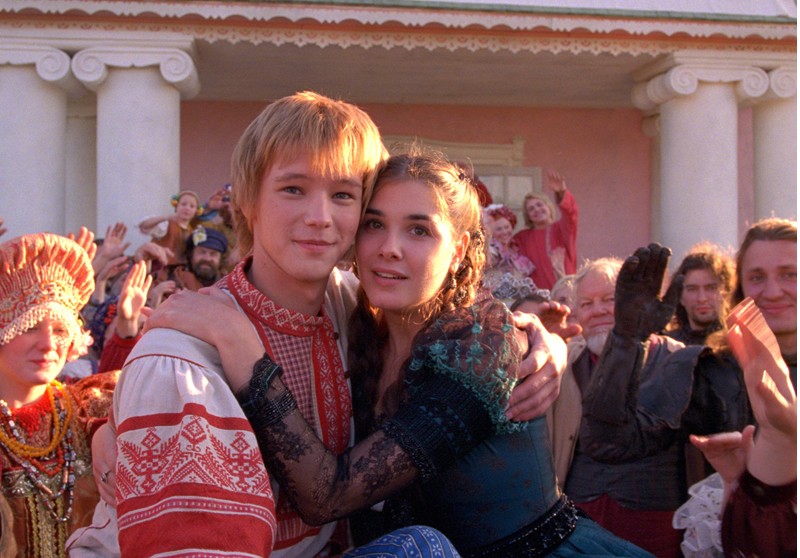 Witch Baba Yaga has a daughter. She is beautiful, graceful and she cries tears that become diamonds. They live happily until the day when the daughter finds a burning stone which transforms the girl into a rock. So this gentle creature becomes the cruel Countess of Stone, who is trapped in her tower. An ancient prophecy says that salvation is only possible once in a hundred years and only by a man capable of bringing a crystal stone to life. But the countess has been waiting for this moment a long time. Embittered, she gains control of the country and keeps it under her thumb with an army of stone soldiers, the Ardars.
Meanwhile, another one hundred years have gone by. The Countess of Stone has a beautiful daughter who lives with Baba Yaga. Katya will help to find the young man who has the ability of breathing life into stones. Ivan, a young, skilful lapidary, learned the trade from his father. He has developed his skills almost to perfection. A repeated attack by the Ardars brings Ivan and Katya together. She tells him about her mother’s fate. At the first encounter between the young man and the countess she hands him the "Book of Masters" that contains all the knowledge he needs to bring the crystal back to life. Ivan has to stand many adventures on his way to achieving his goal, and dangers lurk everywhere. Can he break the spell and win his beloved Katya forever for himself?