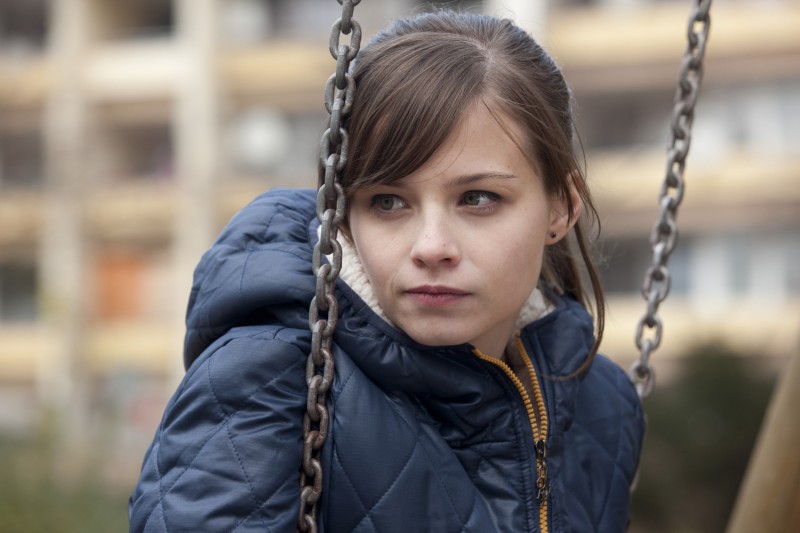 In Broken Glass Park people just take what they want. You need a big mouth and a thick skin when heavy insults come from the side or your own mother is murdered. Sasha is a young woman, fearless, damned smart and at home in Broken Glass Park. This is her story. Her mother was a journalist and Sasha loves reading - and writing too. She knows who killed her mother: her stepfather Vadim E. The fact he was brought to justice does not comfort her. Sasha and her two younger siblings suffered a shock through the murder they witnessed and Sasha has learned that you can not even trust the most innocent men. She focuses on the essentials: she wants to kill Vadim E. and write a book about her mother. But it seems somehow impossible to put these two plans into action. When the newspaper publishes a sleazy article about the repentant murderer, Sasha takes her anger out on to editor Volker Trebur. But the latter really feels sorry about what happened and wants to make amends. When Sasha takes Trebur literally and spontaneously moves in with him and his 16-ear-old son Felix in an ecological passive house, she ends up in the middle of educated middle-class life, where the rules are completely different from those applicable in Broken Glass Park. Sasha feels attracted to both Felix and charismatic Volker. A gentle love triangle ensues. But Sasha soon realises that she must find her own way.