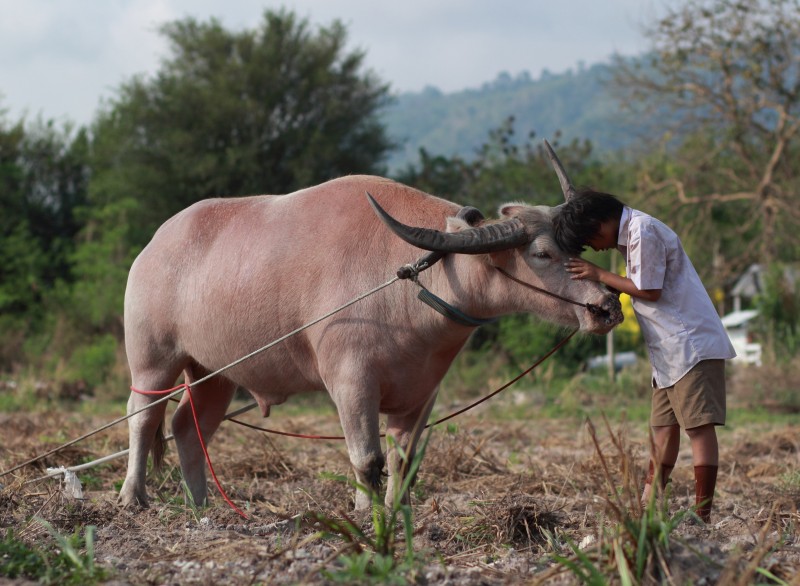 Five years after her mother’s death, 13-year-old Jenny, an American with Thai roots from Los Angeles, has still not got over the loss. She has not spoken a word since then; she is often aggressive and withdraws from her friends. Her stepfather no longer knows what else to do, so he sends Jenny to Thailand to spend some time with her grandmother, as a kind of therapy. But the city girl feels like an outcast in the small village in the mountains. The relatives seem like aliens to her, and when her notebook’s battery packs up, she is absolutely desperate. Then she becomes aware of her dumb classmate Boonrod. Boonrod is an outsider who likes prowling around with his water buffalo Samlee. Jenny immediately feels attracted to the shy peasant boy who, like her, does not speak a single word. When she discovers Boonrod is teased and beaten by the other students, she sides with him. She knows that bullying only ceases when Boonrod earns respect from the villagers. So Jenny persuades her friend to participate in the annual buffalo race with Samlee.