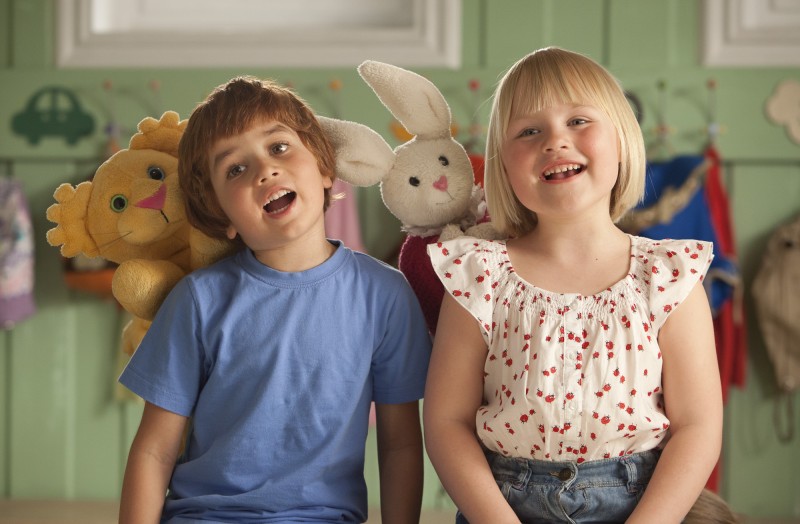 The children’s book series “Karsten og Petra” by Tor Šge Bringsværd and Anne G. Holt, which has been published since 1992, is very popular in Norway and Denmark. In Norway, it has now been adapted for a TV series, as well as for the cinema as a live-action film with animated sequences. Emma is a happy, confident girl who lives with her mother in a house with a garden and lots of animals. But they do not have a dog yet. This is Emma’s wish for her fifth birthday. But first, other exciting things happen. In the kindergarten, where she goes every morning with her white plush rabbit, there is a new boy: Casper with his brave but somewhat clumsy plush lion. And although Casper is rather shy, the two children play together soon and become best friends. Lion and rabbit like each other, too. Only Sigrid, a girl from the kindergarten, does not like that Casper and Emma get on so well with one another. She feels excluded and starts to tease her best friend. Plush rabbit is also afraid of no longer being Emma’s number one because she is only thinking of Bassa, the black, sick dog at the animal shelter, who she would love to take to her home.