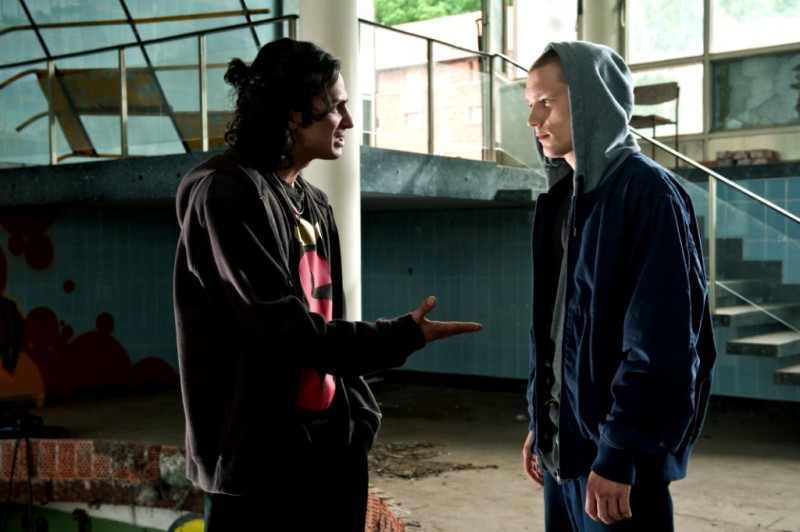 The two young men met as children. At that time, Sule helped Tommy when older boys wanted to beat him up. Since then, the two have been like brothers. Nothing can harm their friendship. Not even the fact that Tommy goes to grammar school and Sule to secondary modern school can separate them. The gang is their family, their dream is a tuning shop. They both earn their living by selling drugs and have a good time. Neither of the two has any idea of his future. Their life is a big party until Tommy is arrested for drug trafficking by the police. The dope they find with him is enough to put him into youth detention centre. As "fresh meat", this time is hell for him. Six months later he is released on probation. But now many things are even more complicated: Tommy suspects that someone must have ratted on him and wants to find out who is responsible. If he gets caught at an illegal action by the police, he is done for. Only Sule and the old gang support him, but that's the company that first got him into trouble. And after his experience in prison, he intends to keep away from drugs for ever.