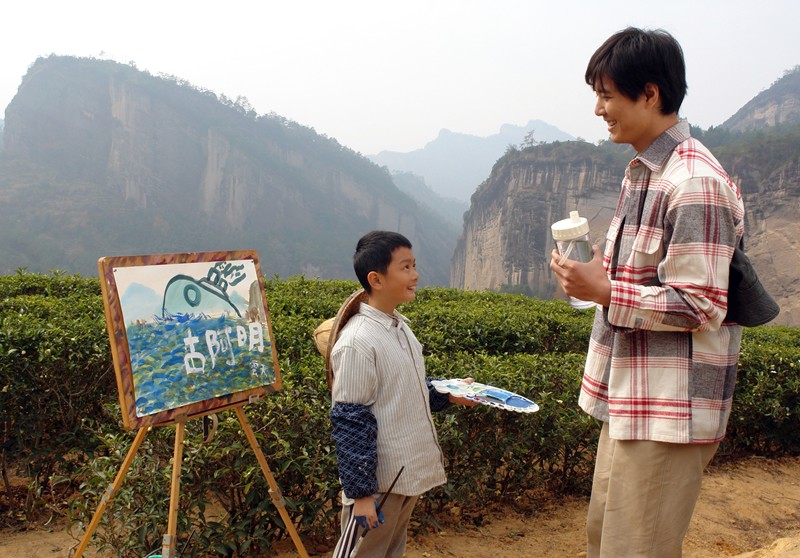 Little Ah-Ming Goo grows up on a tea plantation somewhere in China. Although his parents work hard, they live very poorly. During the summer holidays Ming has to work in the fields too. At the beginning of the new school year, the new art teacher Yun Tiam Kuo opens an art course two students from each class can take part in. Its aim is to prepare young talents for the national painting competition. Ming absolutely wants to join this course. As his classmates show little interest, he is allowed to participate. Ming's father does not understand his son's enthusiasm, and certainly even less when the boy wants a new paint box. He says: "Art is something for the rich!" And whenever his father needs Ah-Ming on the plantation, he does not let him go to school. The boy is just as excited about Yun Tiam Kuo as the latter is about Ming. He likes his unconventional way of perceiving and displaying the world around him. For this reason he recommends him as a participant in the competition. On the contrary, the teaching staff, in particular the head teacher, see things quite differently and think that Ah-Ming's drawings are too wild, too little artistic. Full of disappointment, the boy retreats. But Kuo is convinced of Ming's talent, so on his own initiative, he enrols him in the worldwide painting competition. Ah-Ming Goo can no longer enjoy his success. He falls ill with severe pneumonia and dies. However, his teachers and his classmates will cherish his memory.