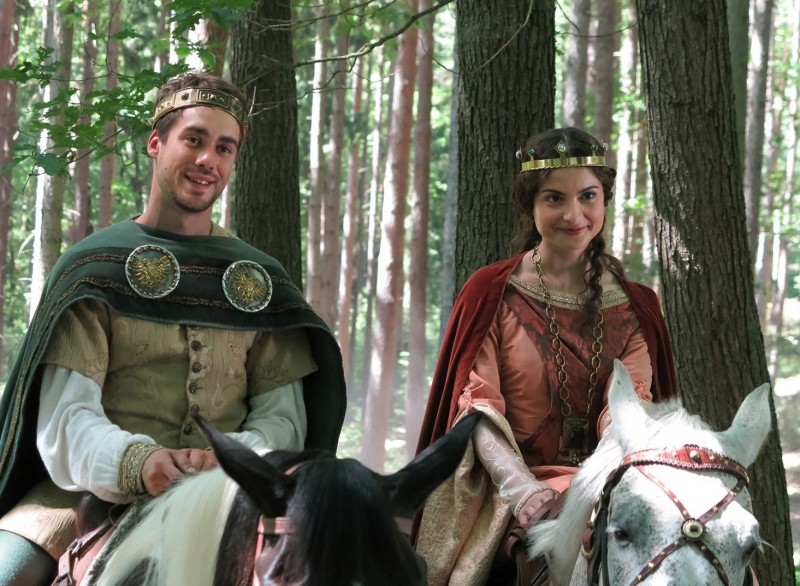 Krutiatus the wizard lives somewhere in the “forbidden forest”. 100 years ago the villain was trying to destroy the nearby kingdom. Now king Alexander rules there, and he has two sons – prince John and prince Charles. The younger Charles is insanely jealous of John. To eliminate his brother, sly Charles robs him of his memory by means of a magic potion. The elixir is a legacy of wizard Krutiatus. John gets into the magic forest and should actually turn into a tree. But the magic does not work because of John’s “empty head”. So the prince wanders on to the neighboring kingdom, where all people are deeply grieved because their princess is to be sacrificed to a dragon. John falls in love with her and decides to slay the dragon. He descends to the cave and kills the monster. Now the couple is looking forward to their wedding. However, since Charles carries forgetfulness elixir in his flask, instead of wine, he drinks from it and forgets he has slain the dragon and fallen in love with the princess. Thus a new story actually begins...