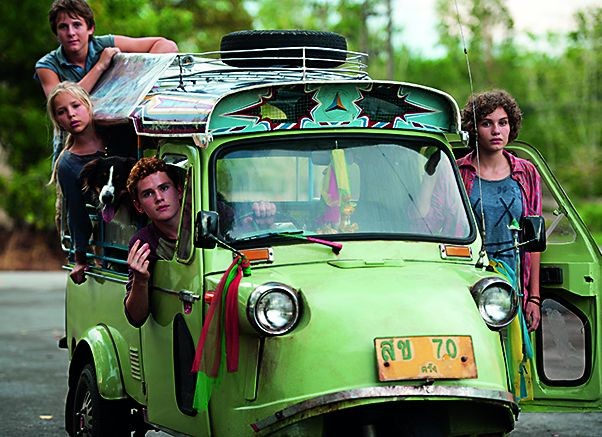 “This time we really have a holiday”, says Anne, as she arrives with Julian, Dick, George, their dog Timmy and Uncle Quentin on the idyllic island of Tao Lapai. It actually looks as if it could work for this holiday. The five friends are living in businessman Mr. Haynes’ elegant bungalow and having a good time in the beach bar owned by Cassi and Nick. But then George and Julian discover a mysterious compass while diving in an ancient shipwreck. When a local same-aged girl named Joe sees the compass and wants to steal it, the children become keen-eared. They learn from Joe that this old thing is said to have belonged to the infamous pirate One-Armed Ted and is to lead them to his treasure of gold. The girl could really use the treasure for paying off unscrupulous Mr. Haynes, who wants to expel her family from the village and build a huge hotel on the site. So the five, now six friends set out on the search for One-Armed Ted’s legacy. But the gangsters Cassi and Nick also go treasure hunting, and so does greedy Mr. Haynes.