Find This Dumb Little Bitch and Throw Her Into the River 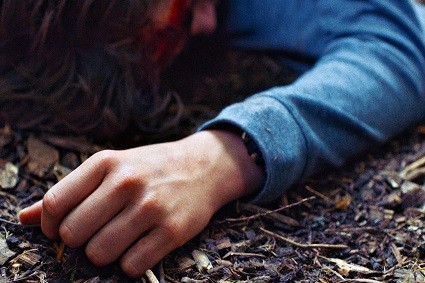 15-year-old Remco and his sister, two years his junior, grow up with their father after their mother’s death. He feeds the family by dealing with illegally imported puppies. Locked up in cages in their house, the puppies, who are just a few weeks old, are secretly chipped, vaccinated and photographed for sale on the internet. Remco and Lizzy help him. When Lizzy is to throw sick, newborn dogs into the river to kill them, her brother films her on his mobile phone.
Remco is an outsider in his clique. No new earrings, no daily strength training can help it. When he meets his clique again to watch cool Youtube videos, Remco comes up with an idea. Without asking Lizzy and without worrying about the consequences, he puts the video of her and the moribund puppies online. Soon the film reaches 40,000 views, and a shitstorm of an unforseen extent begins. Remco is still convinced that nothing can happen to his sister. Her face is barely recognizable on the video after all. And also his father refuses to inform the police – for fear of losing his illegal business.