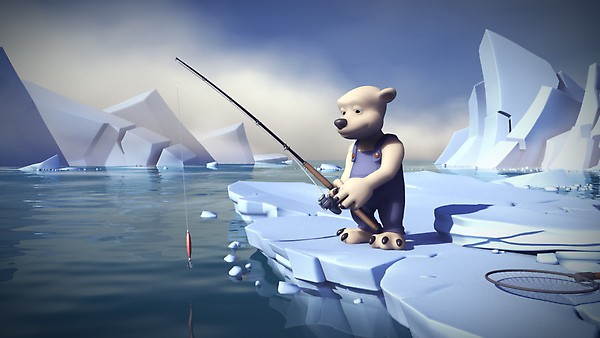 Catching fish is not easy, not even in the polar sea. The ice bear tries with his fishing rod, but he has no luck. The seal’s efforts are in vain, too. Only a cheeky penguin snatches one fish after the other and plays tricks on the unsuccessful rivals. But they find a way and set a snare for the penguin.