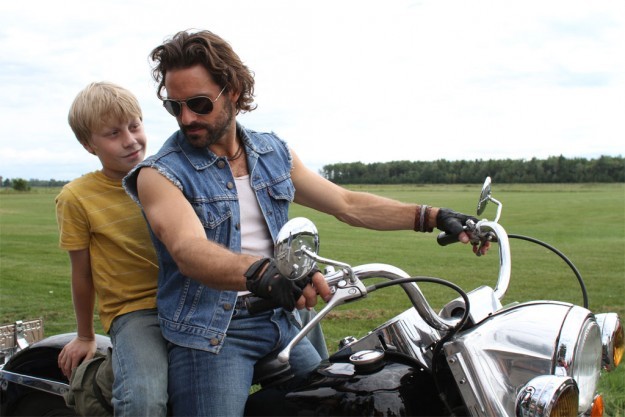 Summer 1969 in a Canadian backwater: twelveyear-old Frisson is proud of his father, who plays the electric guitar in a real band in his spare time. And like his son, he idolizes Jimmy Hendrix, the “guitarist of all times”. The two want to get an autograph from him and therefore are planning a trip to the Woodstock Festival in the U.S. But then his father dies when repairing a utility pole and suddenly everything is different. His mother does not leave the graveyard and Frisson is torn between anger and sadness. Besides, his heart is still in turmoil when he falls in love with the handsome new teacher. However, he ignores the advances of Chantal, a girl of the same age it. Despite the death of his father he does not want to give up his dream to see Jimmy Hendrix live and perhaps even meet him in person. Maybe Tom Faucher, a biker and his father’s closest friend, can help him?