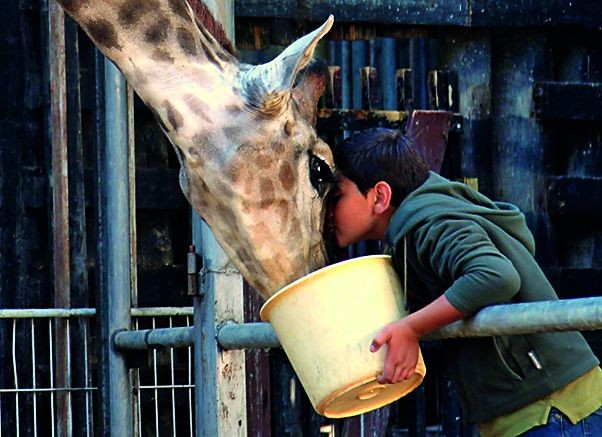 Ziad adores giraffes. He lives with his father Yacine in Qalqiliya, a city in the Palestinian territories. Every day he goes to the zoo, where his father works as a veterinarian, in order to feed the giraffe couple Rita and Brownie. When Brownie dies after an Israeli air strike, Rita refuses to eat. No medicine helps; Rita needs a new partner. But the only suitable male lives in Ramat Gan Safari Park, which is located in Israel behind a wall insurmountable for Palestinians. Consumed by his grief, Ziad stops eating too. In sheer desperation, Yacine decides to have himself and Ziad taken across the border to Israel illegally to kidnap a male giraffe from the zoo.