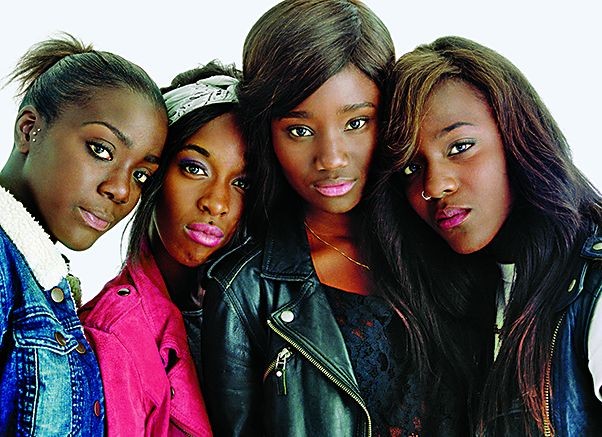 Marieme lives in one of the suburbs of Paris which belong to the “social hotspots”. At home, her older, violence-prone brother is in charge because her mother works as a cleaning lady from dawn to dusk to raise the wind and provide for the family. Marieme imagines a different, a better future. She wants to go to high school. But then she finds out that her school achievements are too bad and she is to look for a vocational training. In this situation, Marieme meets the girls Lady, Adiatou and Fily. They are brash, confident and form their own little gang. Lady, the leader, is willing to include Marieme in the group. But she has to fulfil a few conditions: Marieme changes her name to “Vic”, wears her long hair loose and gets “cool clothes”, of course without paying for them. From now on the four girls skip school, spend the nights in a cheap hotel room together, smoke hashish, drink alcohol, and have wild parties. Marieme feels free for the first time in her life and learns to be no more afraid. But she also learns to blackmail girls, to steal in shops, to put others under pressure, to lie to her mother. When she falls in love in Ismaël, her brother’s friend, and secretly meets him, she starts to doubt her actions. But neither can Marieme imagine a future with husband and child that Ismaël is longing for eagerly.