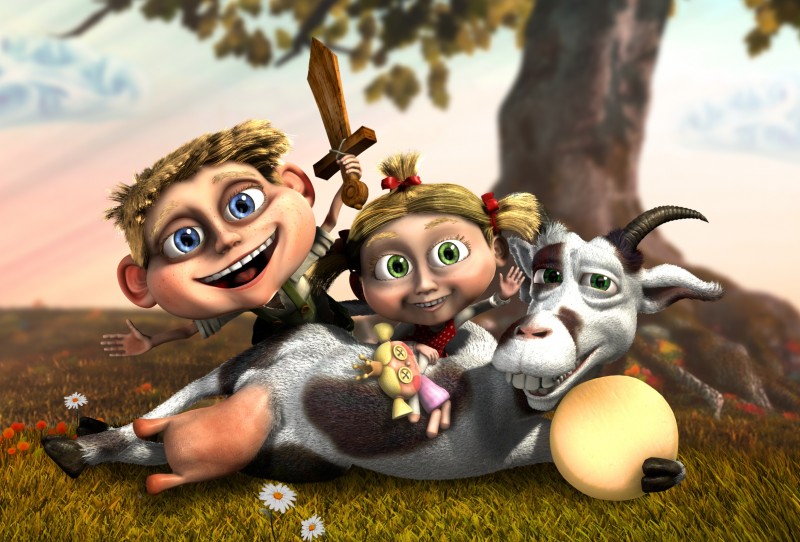 High up on the mountain, there is the castle of a cheese-addicted king. In order to obtain such delicacies from around the world, the king has made the cheesemonger Kobyl one of his closest confidants. Apart from the golden crown, hardly anything valuable is left in the castle for most treasures have already been exchanged for cheese. Down at the foot of the mountain, the children Honzik and Zuzanka live together with Kuba and Máca, their parents, and a goat, whose milk they use to produce cheese. One night, the scent of their fresh goat cheese is floating up the hill, through the castle window and directly into the king’s nose. The sleepwalking king follows the scent trail and secretly devours the round loaf of cheese, which he hypes as something devilish good the next day. Kobyl does not like to hear that, especially since rumour has it that all cheese makers are taken by the devil. And indeed, Kuba and Máca are kidnapped by a mysterious figure similar to Lucifer the following night. So the children have no choice but to set out on a journey together with the goat and search for their parents. On their journey to hell they get to know the “Long”, the “Big” and “Hawk-eyed” and go through incredible adventures with them until they finally discover that there are not only devils in hell, but also among humans.