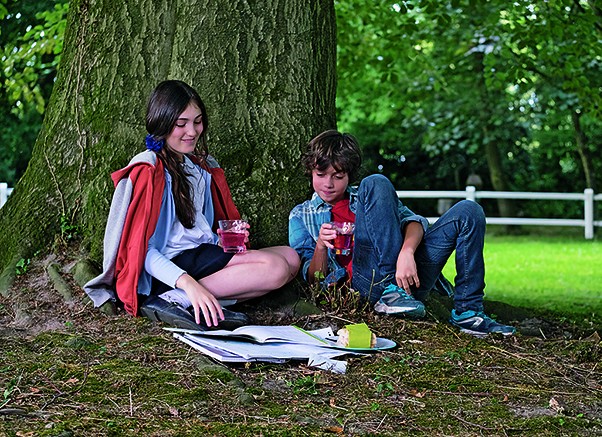 Twelve-year-old Victor secretly loves his schoolmate Marie. He is the weakest student in the class; she is a gifted cello player, who absolutely wants to go to the conservatory. But Marie suffers from a degenerative eye disease; she gradually loses her eyesight and will go completely blind in the near future. This is why her father wants to send her to a special school for the visually impaired. To prevent this, Marie schemes a plan: she gives Victor extra lessons while he is to become “her eyes” and help her to conceal the increasing blindness. She thus wants to gain time and secretly pass the entrance exam at the conservatory. For the time being, her doctor has promised not to inform her parents about the progress of the disease. And in fact, the plan seems to work. Were it not for jealous Romain, who spies on the two and unravels Marie’s secret ... and were it not for the love that increasingly mixes up not only Victor’s but also Marie's feelings.