I Give You My Word 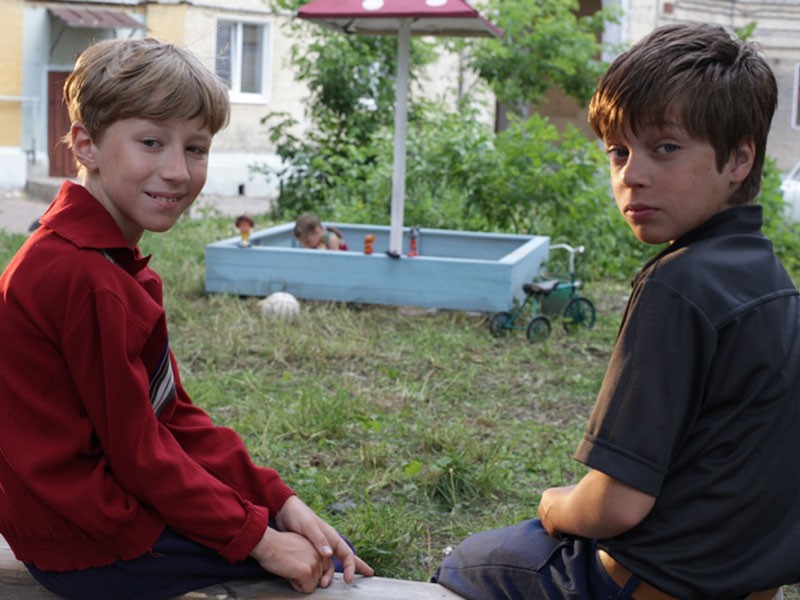 Actually, Dimka and Mishka are normal boys of the 1970’s – they are hard-learning and collect scarp in their little Russian town. But again and again they get into trouble. One day a dog is crossing their way that saves Mishka’s life. The affection on either side is boundless. Then Sava, the clever dog’s real name, gets kidnapped by unscrupulous gangsters and is in life-threatening danger. The boys have to take action. Their adventurous operation leads them to sinister areas around the black market of the city. Tumultuous chases take place and also the police is not hesitating. In the end the two boys get in bad conflicts – with the school, the pioneer organization and with the Karasyowa, the beautiful Lena. Because both boys are to participate in the school’s feast and gave her their word of pioneers.