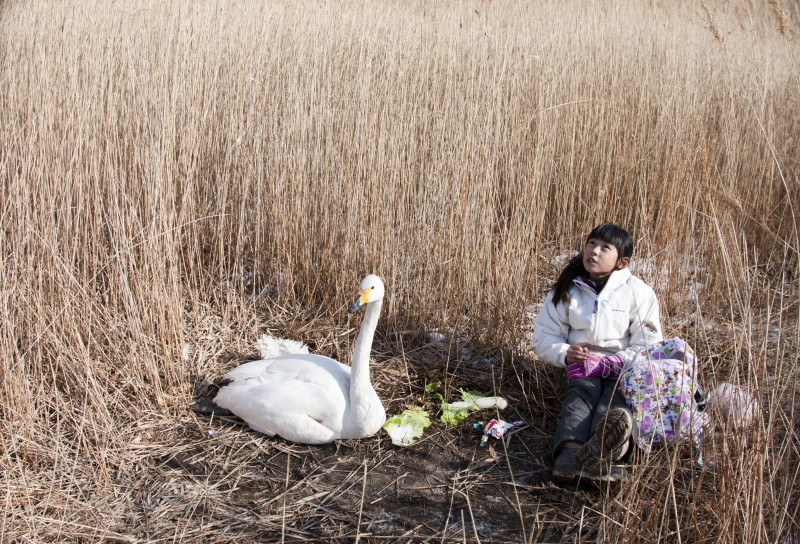 Holly seems to have changed after her mother’s accidental death. She no longer talks to anyone and preferably hides in the closet. Neither her grandparents nor her teachers know how to help the child. Holly is therefore exempted from school and moves in with her father in a nature reserve, where he works throughout the year. She does not say a single word there either. Until one day, she discovers an injured swan on one of her trips and brings him to their accommodation. Snowy, as she calls him, needs help, so Holly turns to her father for the first time and writes on a piece of paper: “What do swans eat?”. From now on, the girl thoughtfully takes care of this white bird, makes friends with him and gradually regains her old courage. But then tame Snowy is to be taken to the bird care facility, where he should be raised professionally and later returned to the wild. Once again, Holly must deal with the pain of parting and cope with the separation. Moreover, she has a bad feeling because an inner voice tells her that Snowy is in danger. No one believes her until she can persuade her father to drive to the bird care facility. And really, her beloved swan is no longer there ...