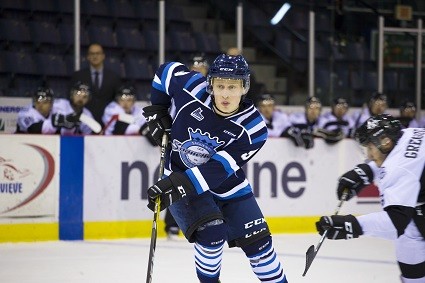 18-year-old Janeau Trudel is a popular junior hockey player in his hometown Chicoutimi in the province of Québec. He shares the dream of becoming a member of a professional team with his best friend and team colleague Joey Boulet. When Janeau drives his drunken friend home after a party, he accidentally drives the car into a snowbank. The police take notice of him and Janeau gets into a panick. Without further ado, he puts Joey on the driver’s seat in order not to jeopardize his professional ice hockey dream. The police temper justice with mercy, but the story is discovered by the press and Janeau is charged. Joey stands by his best buddy, believing that he was driving and cannot remember anything. The team drops him, his alcohol problem cannot be ignored anymore. Joey has to join another team. Later he learns of Janeau’s foul play. The match of the two teams on the ice gets completely out of control. Do the two young talents gamble away their future?