Kid Detectives & The Secret of the White Lady 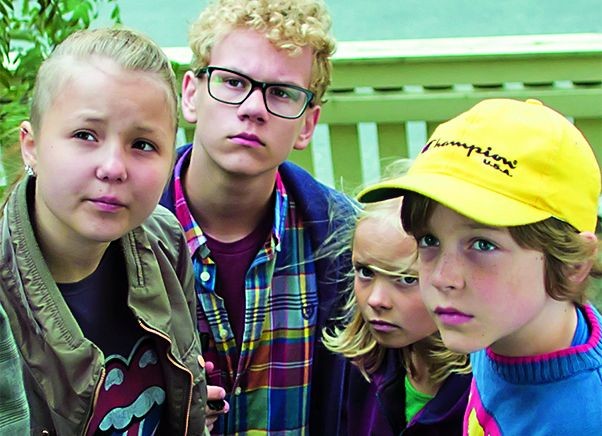 It’s summer in the pretty spa town of Haapsalu on the west coast of Estonia. Markus and his younger sister Emilia are to spend the holidays with their siblings Rosanna and Karl. But Rosanna is awfully bored and would prefer to return home. She couldn’t care less about the legend of the white woman whose shadow appears in the courtyard of the nearby castle in the full moon nights of August. This white woman, an alchemist named Johanna, was immured alive there in the 15th century. She is supposed to have discovered how to make gold from metal. But nobody has ever set eyes on this recipe. While the four children cannot do otherwise but stroll about in Haapsalu together, events come thick and fast in the city: their mother Berit gets to know Stig Velson, a photographer who wants to make an advertising brochure about the castle, and spends all her time with him. Their father Tõnes takes lessons secretly in a newly opened dance school, and antiquarian Krookus, a friend of the family, had a valuable watch collection stolen. As the adults are only concerned with themselves, Markus, Rosanna, Emilia and Karl help old Krookus and thus get involved in a criminal case that leads them on to the track of the legendary white woman.