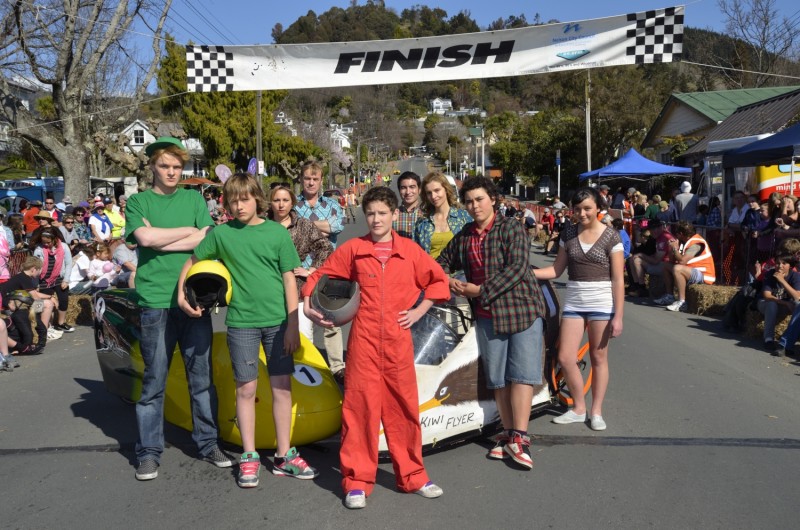 The Nelson Trolley Soapbox Derby is the acclaimed annual highlight in the life of the small New Zealand town of Nelson. For twelve months, the children, their parents and classmates build their adventurous companions. Also twelve year-old Ben plunges himself into the preparations with great fervour. This year again a member of his family is to participate in the race after his father could not continue his grandfather’s long winning streak. Now Dad retreats to the shed under the strictest observance of secrecy, where he works with devotion on developing a new design, the Kiwi Flyer, which is to bring about the turn. But all dreams come to an abrupt end when his father dies in an accident. Only one year later, the small family finds the strength to return to normality again, and Ben decides to honour the memory of his father, who is vilified by his classmates as a “loser”, with a victory at the next derby. However, he must go to work secretly because his mother categorically refuses a participation in the race. The first design, which Ben can complete with the help of his friend Jeff, is destroyed by his major competitor in the trial race. Ben almost wants to give up when his mother remembers the model his father began to construct shortly before his death. Her love and trust encourage Ben in his resolution to come out of this race as the winner.