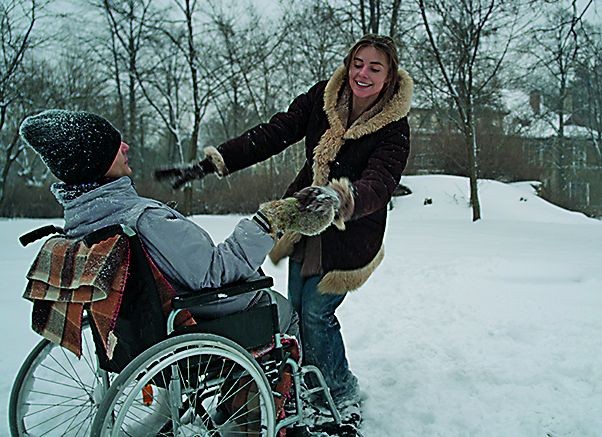 Mateus has suffered from cerebral palsy since his birth. He cannot control his body and therefore cannot speak. He understands everything going on and being said around him: The fantastic tales of his father, his mother’s pet names and also the snide remarks of his sister. If only he could communicate with them and show them “that he is not retarded”. Only after Mateus had to spend many long years without any advancement in a nursing home, the therapist Jola becomes aware of him. She teaches him sign language, which finally enables Mateus to communicate with his fellow human beings.