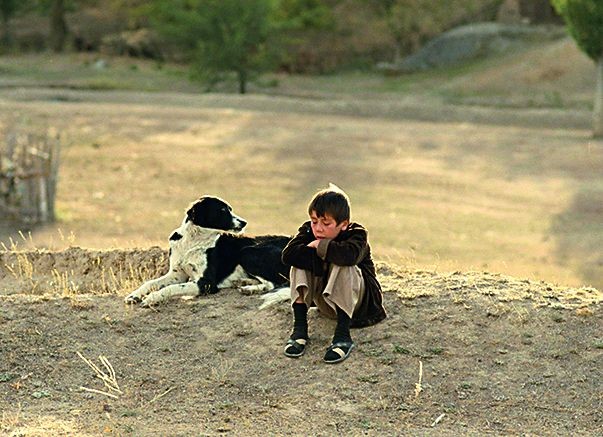 The name Erkin is Turkish and means to be free and independent – a person who acts the way he wants. This is also the life motto of helpful Erkin from the village Bulak, which lies in the middle of the Kazakh steppe. Erkin’s mother is dead, his brother is studying in the city and his father is supposedly on a business trip. So the boy lives all alone. He attends school, but in order to earn his living, he makes mud bricks, which he sells to the neighbourhood. Erkin is able to make a living like an adult, yet he is a child whose innocence and naiveté is often exploited by others.