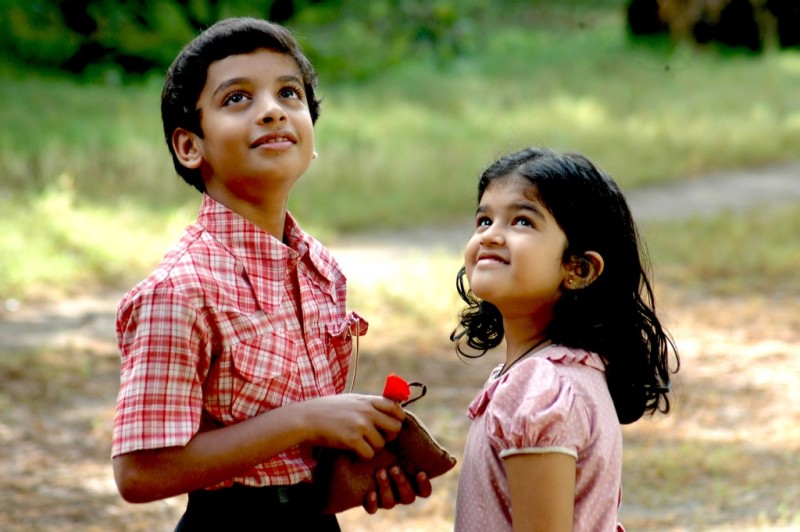 In the late 1970s ten-year-old Vicky goes to Kerala with his parents. His grandfather died and the family members now come together from all over the world to participate in the 16-day funeral ritual. The shy boy makes friends with Manikutty and Kannan, kids from the neighbourhood. Twelve-yearold maid Roja joins them. They all help Vicky to find his way in the strange environment. And although everyone around the children is mourning, they experience a carefree time. Roja, who is already on the threshold of adulthood, shares her experience with the younger children. They celebrate a funeral for dead tadpoles analogous to the rituals for the deceased grandfather. Meanwhile, ever deepening cracks open up in the extended family. There are many secrets, never talked about, but ubiquitous. As a domestic servant, Roja has to put up with all sorts of humiliations. Vicky's mother is against his associating with the girl. They stage a conspiracy. Although Roja is found innocent, the girl wants to return to her parents - to Sivakasi in Tamil Nadu Region. The children procure the required money and take their friend to the bus station unnoticed. After the opening of the will all the family disperse, some of them satisfied, others angry because they were excluded from inheritance. The friendship of the four children, however, continues for a lifetime, at least in their thoughts.