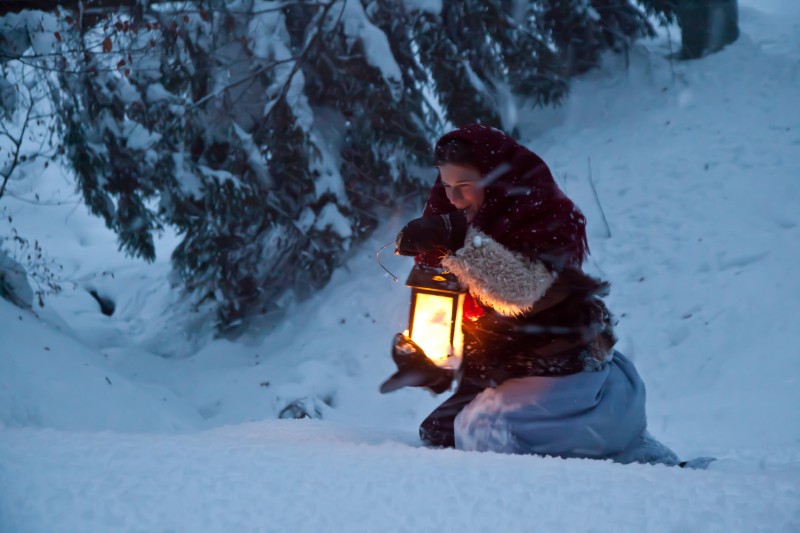 Freely based on a fairy tale by the Czech writer Božena Němcová. After her father’s death Marushka is exposed to the whims of her evil stepmother and her stepsister Kvyeta. They treat her as Cinderella. Shortly before Christmas, Karel, who made his fortune in the wide world, returns to his homeland as a rich man. The village girls immediately surround him since they see their chance to marry well. In his distress, Karel announces that he only marries the one who surprises him with fragrant violets, juicy strawberries and a tree with red apples – in the middle of winter. Karel believes that none of the young women is able to do this. Yet, the miracle happens! Marushka is forced by her stepmother to find these rarities for Kvyeta. So the poor girl sets out into the snowy forest. A rabbit, whose life Marushka recently saved, shows her the way to twelve old men: the twelve months. They have pity on her and help her to make the impossible possible. But the violets as well as the fruit are surrounded by a special magic, which thoroughly confuses life in the village.