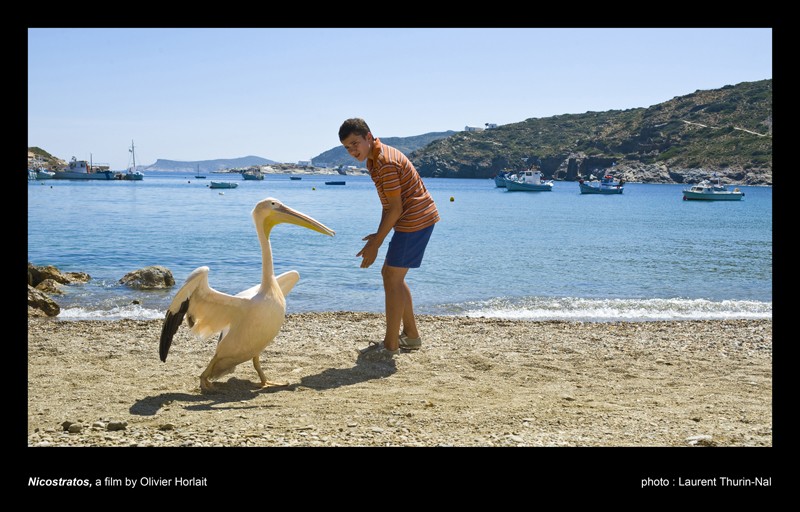 Yannis is 14 years old and lives on a small Greek island that has retained its original appearance. Since the death of his mother, the relationship to his father Demosthene has been more difficult. The father cannot overcome the loss of his wife and has become estranged from his son and from the villagers. On a trip to Athens, Yannis rescues a young pelican by exchanging the bird against a gold cross. He takes him home and gives him the name of Nicostratos. Soon a close friendship develops between them. Yannis raises him secretly to escape his father’s wrath. But the bird has grown quickly and is therefore more difficult to hide from the eyes of his father. The pelican not only mixed up the tranquil village, father and son get closer together again. Nicostratos finally becomes an attraction on the small island, and tourists come in droves to see the pelican, the largest bird in Europe. It is an incomparable summer everyone will remember to the end of their lives.