One Night in Oslo 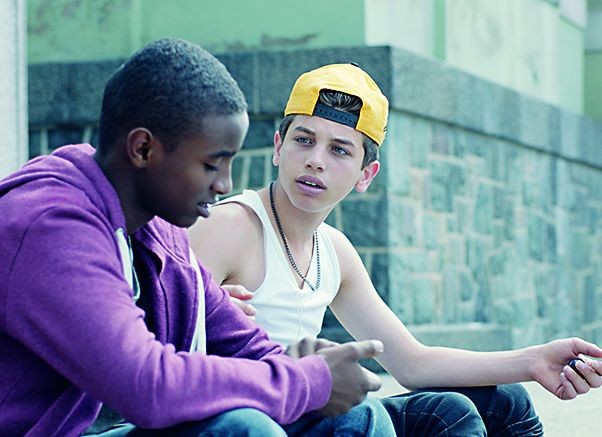 Oslo on 16 May. Tomorrow the whole of Norway will celebrate their national holiday. But today is an ordinary day, except for Amir and Sam. The 15-year-old boys will keep this 16 May in mind forever. Amir and Sam have been friends since early childhood, and so far they have gone through thick and thin together. Sometimes they even dream of founding their own band. 16 May begins quite normal for them. They meet their friends, go swimming, drink beer, and talk about girls. Until recently Amir was going with pretty, blonde Thea. He finds it hard to cope with the fact that she has left him and wishes profoundly that they become a couple again. But Thea has fallen in love with Sam and meets secretly with him. Sam knows he urgently has to tell his friend about them, still today before Thea’s big party starts in the evening. But in the afternoon, when Sam finally finds the courage to talk to Amir, the latter freaks out. In his rage he picks a quarrel with much older John and his gang. But things get even worse. He tips John off that there will be a party that night at Thea’s house. When he and his buddies actually show up there, events run out of control ...