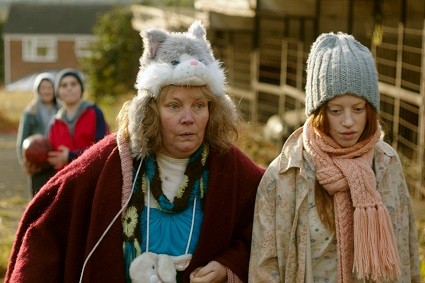 Although Iona is already a teenager, her behavior is often very childish. She lives with her mother, Lyn, and they have a very intimate relationship with each other. They do everything together, from shopping to going to bed. In addition, Iona is Lyn’s only reference person, because she hardly dares to leave the house due to an external blemish. Therefore, it is particularly problematic for Lyn when Iona is invited by the three most popular girls of her school to join their clique and she no longer spends the whole day with her. Her loneliness makes Lyn mix with people in the city several times. However, each of her attempts to make contacts with others fails. Meanwhile, Iona changes her behavior more and more, and the once intimate relationship with her mother is gradually breaking down. Until Iona painfully learns that coming of age does not only mean having first experiences with alcohol and boys. Suddenly, without even realizing it, she finds herself in a downward spiral, from which she seems unable to escape on her own.