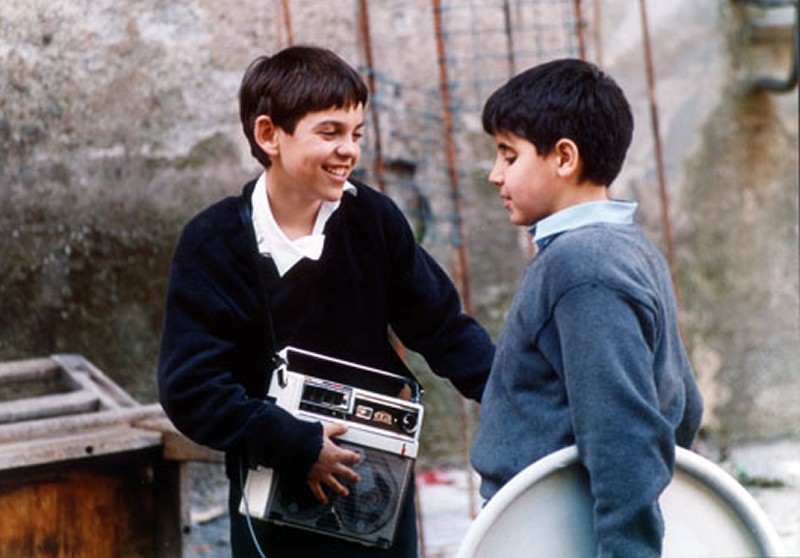 Italy 1970: Ten-year-old Mirco Balleri spends a carefree childhood in a village near Pisa in Tuscany. He loves the cinema and seizes every opportunity to go there. Then he loses his eyesight due to a tragic accident. According to the Italian laws at that time the boy is now considered to be handicapped and has to be accommodated in an asylum. Although Mirco’s parents resist doing this, promote their son themselves and want to look for a suitable school, they have no choice. Mirco is sent to the boarding school of the church school for the blind in Genoa. Mirco cannot cope. He negates the loss of his sight, and he is no good with the mass of behaviour rules. Mirco wants to be a child and, above all, he wants to be treated normally. Don Giulio, a young priest, gives the children the task of telling a story with the help of a tape recorder. Mirco recognizes that he can create the most terrific noises and sound effects by recording and skilful cutting of the tapes. He invents new sounds by using astonishingly simple means. The pleasure he derives from trying things out and the increasing enthusiasm of the others help Mirco to find his new self. And he shows that blind people are completely normal and may have great talents. The film tells the story of Mirco Mencacci’s childhood, one of most well-known sound editors for film working in Italy today.