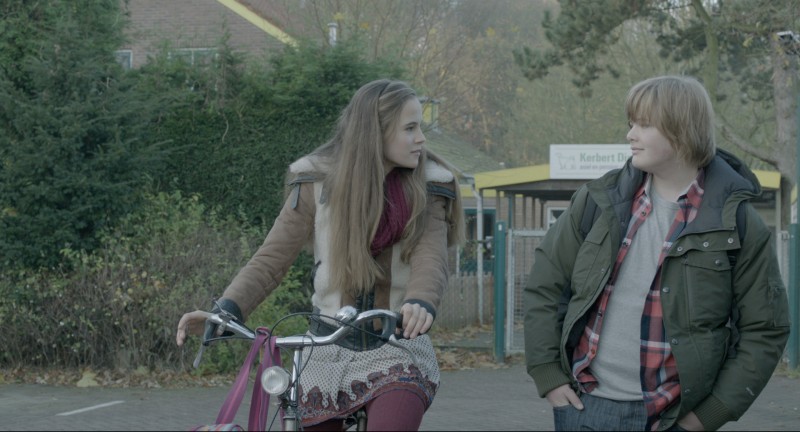 Initially Jochem only has to endure a few taunts - in gym classes, during the breaks. Jochem is new to the class, somewhat overweight and quite shy. He can not defend himself. He has already changed schools because of bullying twice, now something must finally change in his third one. But the old game continues. This time it is Sanne and her gang who have it in for Jochem and treat him worse and worse. Sanne does not even back away from beating the defenseless and even blackmailing him. The class teacher notices nothing and his classmates want to know nothing of all this. Only David and Vera try to do something about the harassment. Vera because she knows Jochem from the animal shelter and has observed how he sensitivly cares for a dog there. David, however, can not tolerate injustice and helps the new boy wherever he can. But neither of them finds the courage to discuss the bullying in public. When Sanne and her boys forcibly infuse Jochem with alcohol at a class party, a disaster is looming. The next day, the new kid has disappeared without a trace ...