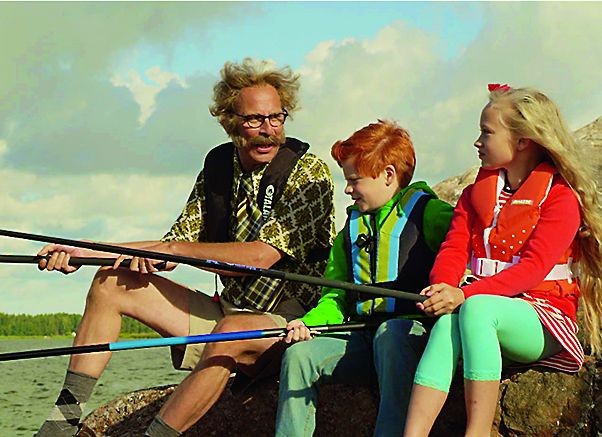 It is summer holidays at last and nobody can “ruin” ten-year-old Ricky Rapper’s day. The red-haired, witty boy lives with his aunt Rose, loves beatboxing, goes out with Nelly, the neighbour’s daughter, and is actually fully satisfied with himself and the world. But then Rose says she has to find a father for Ricky, as a kind of role model. She secretly places an advert and the first candidates show up soon: an old head teacher, a sumo fighter, a stilt walker from the circus and a musician – fortunately none of them is to Rose’s liking and neither are they to Ricky’s. Ricky does not need a father; he prefers to spend his time with Leonard, an old friend of his aunt. Leonard considers himself to be the best “father figure” for the boy, especially since he likes Rose very much. But she does not give up after the failed attempts and decides to find herself a man from abroad. At that point, the Italian Luigi Bolognese suddenly appears and Rose is delighted with this gentleman. But Ricky and Nelly do not trust this mysterious “foreigner”, and they find out that somebody else is behind Luigi ...