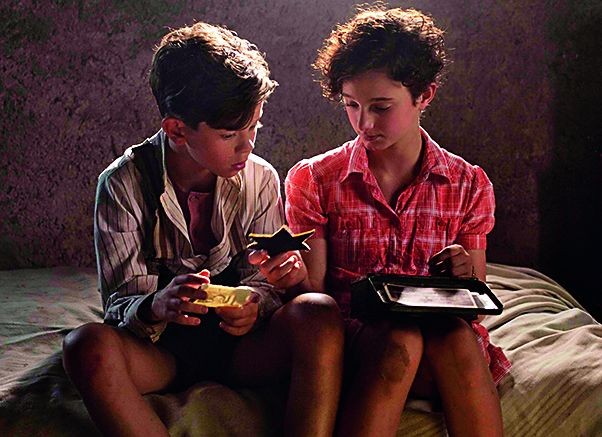 1943, a village in the German-occupied Netherlands: Tuur and Lambert, two twelve-year-old boys, are inseparable friends. The horrors of war, the regular air attacks have no place in their lives. They are so busy playing war and – although it is prohibited – going on hunting adventures in the nearby cave. Then nice Maartje joins their class and makes friends with the boys; with both boys at first, but she feels more and more attracted to Tuur. Lambert is jealous. The situation is heating up when his father, the village mayor, collaborates with the Germans while Tuur discovers that his family is active in a resistance group. Their friendship is gradually breaking down. Especially after Maartje tells Tuur a secret that he must not reveal to anyone - not even Lambert. Maarte’s real name is Tamar Katz. She is a Jewish girl hiding from the Nazis in the Holterman peasant family. And there is another secret: When the Germans “confiscated” all pigs from the farm, farmer Holterman retained a small piglet for Maartje. One afternoon she shows cute Bella to Tuur. Lambert is secretly watching them and feeling angry that they once again excluded him. So he tells his father about the animal. However, Lambert has no idea that this will have disastrous consequences for the Holtermans and especially for Maartje.