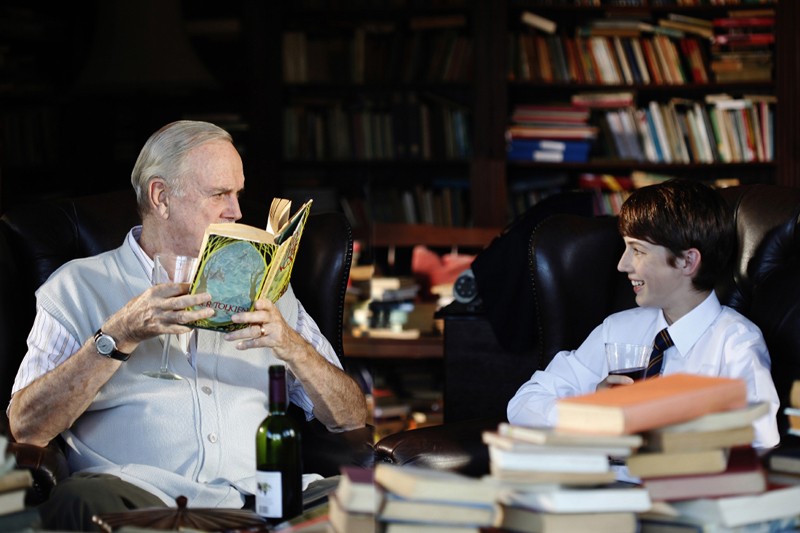 Thanks to a grant, 14-year-old shy John enters the elite private boarding school “Michael House”. He shares his room with eight other boys who immediately nickname him "Spud" because he allegedly has not even overcome puberty. They call themselves “The Crazy Eight” and are full of mischief. John finds it hard to get used to their coarse jokes and pranks, let alone to make friends here. He rather joins his teacher Mr. Edly, called “The Guv”, who has a huge library where John gets to know the classics of English literature. For the first time, John reads “The Lord of the Rings”, fights his way through Beckett’s “Waiting for Godot” and discovers a new world for himself. Then during the summer vacation, luck seems to be on his side. John falls in love with attractive Debbie, who he secretly calls “The Mermaid”, and she reciprocates his feelings. Back at the boarding school he actually finds the courage to attend an audition for a school theater performance of “Oliver Twist”, and even gets the main role.