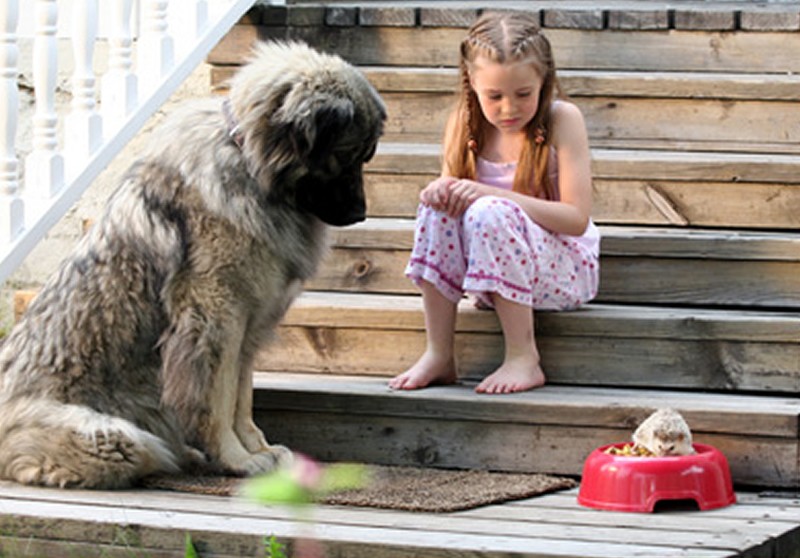 East Berlin in the autumn of 1989: A Finnish father visits Berlin and witnesses the fall of the Berlin Wall. Here he rescues a dog puppy‘s life and takes him home for his young daughter Pearl. The cute baby dog immediately captures the heart of the sevenyear-old girl and is called “Stormheart“ from now on. He becomes a loyal companion of the girl. None of the family knows anything about the origin or race of the dog. Six months later: The dog is grown and huge, almost as big as a bear. He is devoted to his young owner. But he becomes increasingly aggressive towards the other family members and strangers. The parents begin to make enquiries into the origin of the animal. They find that this sturdy breed comes from the Caucasus and once served the shepherds as a watchdog. The strong, courageous and loyal dog is the only one who defies bears. But in the Soviet Union, these animals were incited and used in the army. As bloodhounds, they are said to even have performed their service at the inner-German border. Pearl‘s parents are shocked and want give the dog away. Pearl is deeply hurt and does not understand what is going on. In the Finnish original version of the dog’s name is “Myrsky“ and the girl‘s name is “Muru“.