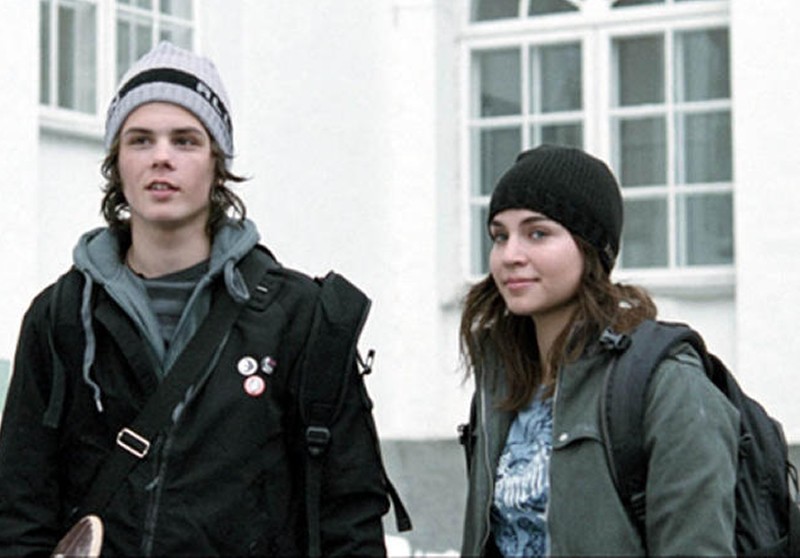 Mikkel is 15, lives in Oslo and loves his skateboard. It is his passion. When he transforms the street into a halfpipe, he is the greatest. But Mikkel’s mother takes up a new job in the mountains. Together they move to Voss, a mountain village as described in travel brochures - idyllic, quiet, snowy. He does not get far with his skateboard. So he exchanges it for a snowboard, which he is not particularly thrilled about. The first snowboarding tests are disastrous. He constantly lands in the snow. In order not to become a laughing stock of the village gang, he must quickly find a teacher. Odd Tommen seems to be exactly the right one. But the old hippie is taciturn and difficult to convince. Finally, Mikkel has persuaded him. Tommen shows him simple snowboarding techniques and gives him some advice for balance training. Moreover, he repeatedly warns his protégé of thoughtlessness. Mikkel seems to keep his teacher’s words in mind. He practises grimly and uses even the bus ride home from shopping for his training. But then he falls in love with the snowboard champion’s girlfriend. To impress her, he secretly applies to take part in the forthcoming championship. Trendy Scandinavian rock offers a dazzling acoustic scenery for a thrilling duel high up in the snowcapped mountains.