The Be All and End All 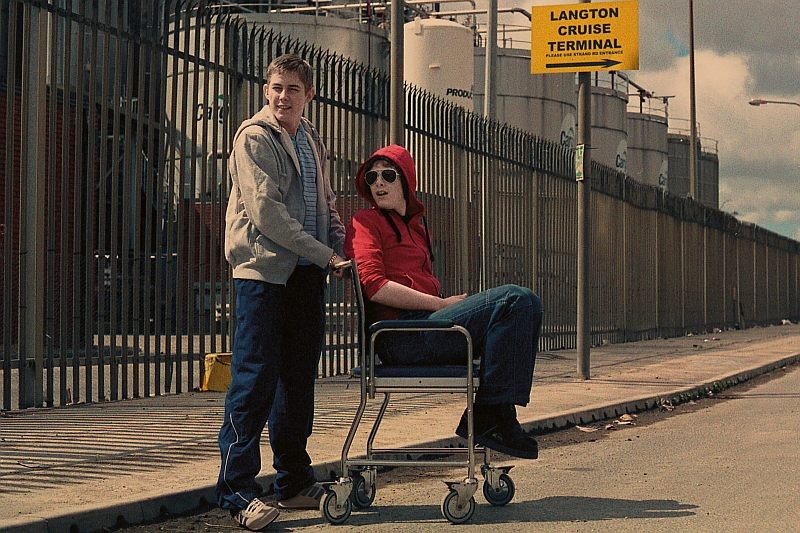 What do you do when you're 15 years old and have to die? Like many teenagers in Liverpool, 15-year-old Robbie only cares about one thing: having sex for the first time. But when he breaks down on holiday, he is suddenly confronted with a completely different topic. Robbie suffers from a serious heart condition and he will die. In the face of death, Robbie makes a last request to his friend: "Please do not let me die as a virgin." Ziggy is to find a girl who sleeps with him. The shy boy is furious about the order of his best friend, but he is willing to fulfil his friend’s last request. This is the beginning of a relentless search that takes Ziggy up against his own limitations. When no suitable girl can be found at school, the two young men plan to visit a brothel. A spontaneous police raid destroys their plans. Ziggy can get Robbie out just in time and takes him back to the hospital. On the prostitutes’ patch, Ziggy meets a pimp who exploits his credulity and robs him of his remaining money. A prostitute gives her phone number to the most devastated and robbed boy. She wants to grant Robbie his great desire. In addition to the persistent support of his friend, Ziggy also finds out some things about himself. And in the end, the fulfilment of his most fervent wish is drawing closer.