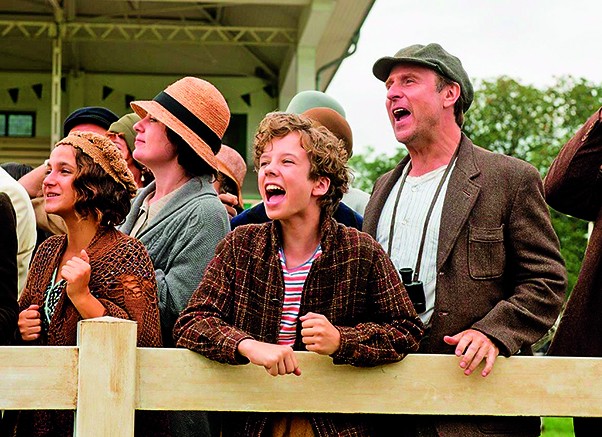 Tim Thaler lives in Berlin in the 1920s and has a special gift: he can infect other people with his wonderful laughter. Rich Baron Lefuet, who watches Tim and his father at a horse race, absolutely wants to possess this laughter. It would make it much easier for him to manipulate people. When Tim’s family suffers hardship after the death of his beloved father, Lefuet sees his chance. He proposes a deal to the boy: Tim should give him his laughter and in exchange for it, he will win every bet throughout his life. Soon Tim can pay all the debts and purchase a beautiful tombstone for his father. But with every bet he wins, Tim becomes harder, more selfish and, above all, more lonely. That's why he wants to recapture his laughter. However, defeating his powerful opponent Lefuet seems to be a futile undertaking, unless Timm manages to beat him at his own devious game.