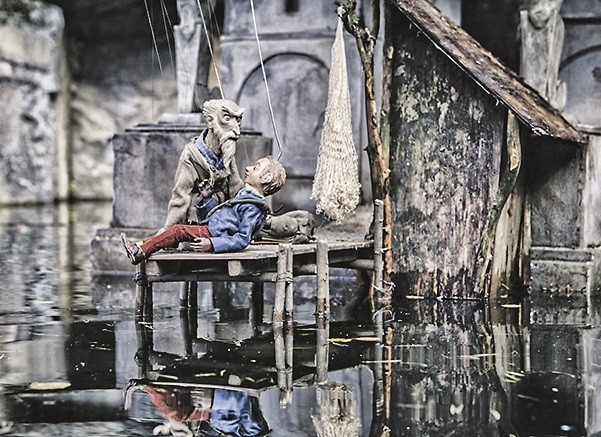 The “little man” embarks on an arduous path of knowledge because something important seems to be missing in his self-built idyll at the forest edge. Although he has a roof over his head and enough pasta in the cupboard, nightmares trouble him. In the course of his journey he meets quirky characters that make him gain deeper insights each time but also send him on to another challenge including new, seemingly impossible tasks to solve. For example, there is wise “Empty Head” tall as a man, the eccentric librarian, or the robotic handyman “Little Master” with his “universal fixer”. Others make life difficult for him, such as the villain “Cheeky Punk” or the forest lake monster “Great Strait”. The larva Fída becomes his faithful companion; it will emerge from its cocoon as a butterfly in the end. The little man will find no gold, but an incomparably more valuable treasure instead. In this film adaptation of the successful Czech book “The Little Man’s Great Journey” presented as a marionette and rod puppetry with bizarre characters and decorations, you can quite naturally and clearly recognize rods and cords, which develop unconventional aesthetics.