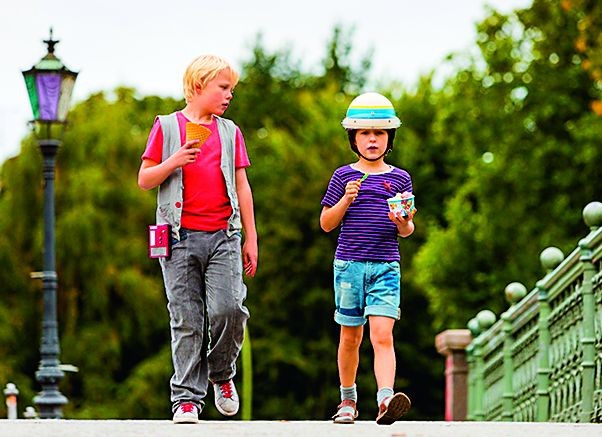 Rico is “lowly gifted”, as he says about himself. He sometimes loses the golden thread - or was it blue or green? He lives with his single mother in a block of flats in Dieffenbachstraße 93 in Berlin. They play bingo on Tuesdays. The bingo balls even roll in Rico’s head, and one of them happens to fall out from time to time. The summer holidays are here, at last. Rico stays with his mother in the city. In his free time, he examines everything he finds on the pavement outside the apartment building. For example, the passionate collector discovers a lost paper and a desiccated bit of pasta. This is when he meets Oskar who is highly gifted, lives with his father and always wears a helmet to protect him against accidents. The boys are highly complementary, go for an ice cream together and arrange to meet the next day. But Oskar fails to turn up. On top of that, Rico’s mother has to go out of town for a few days because her brother is seriously ill. Rico feels very sad and all alone. He suspects his new friend of having lied to him. But then he learns from the television news that Oskar has been kidnapped by Mister 2000. Rico gathers all his courage and sets out on an adventurous search for his friend. He has to find his way through the city alone and thereby unravels the secret of the Deeper Shadows haunting the neighbouring house.