The Peewees: The Winter That Changed My Life 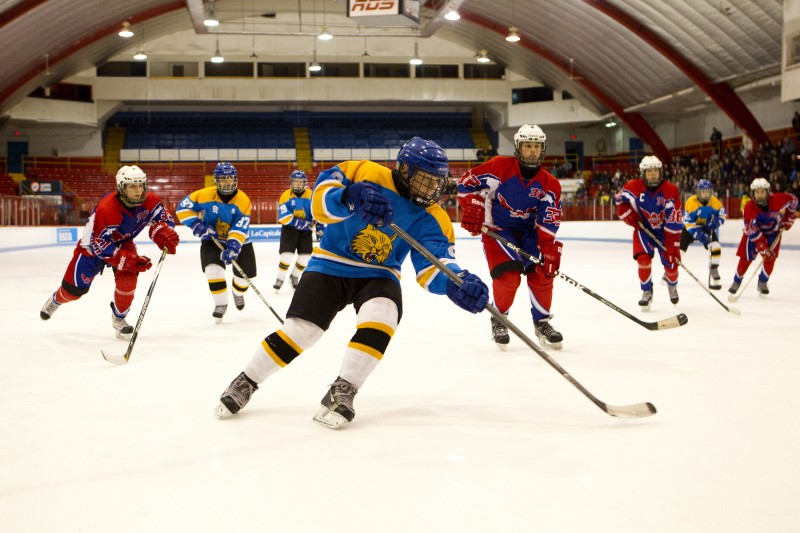 Twelve-year-old Janeau is a super talent in ice hockey. His mother used to coach him, but now - after her sudden death - he wants to give up this sport, especially since he and his father have moved to another city where he does not know anyone. Then the boy meets Julie, a confident and down-to-earth girl from the neighbourhood. She adores ice hockey and is the goalkeeper of her team. When she finds out that Janeau is a really good player, she introduces him to her coach, who is enthusiastic about his performance and invites him to join the team. They are preparing for the famous International Peewee Hockey Tournament in Quebec, also known as the Mini Cup. Janeau quickly becomes a regular player of the team. Only Joe, the team captain, dislikes the newcomer. Joe is under pressure to perform exerted by his ambitious father, who pays him ten Canadian dollars for every goal he scores. However, when Joe makes a mistake on the ice, there is big trouble at home. In this situation, the boy has no use for competitors. So he begins to work against Janeau by unfair means. But in the end, Joe antagonises all players by his behaviour and thereby runs the risk that his team does not reach the qualification for the Peewee Tournament.