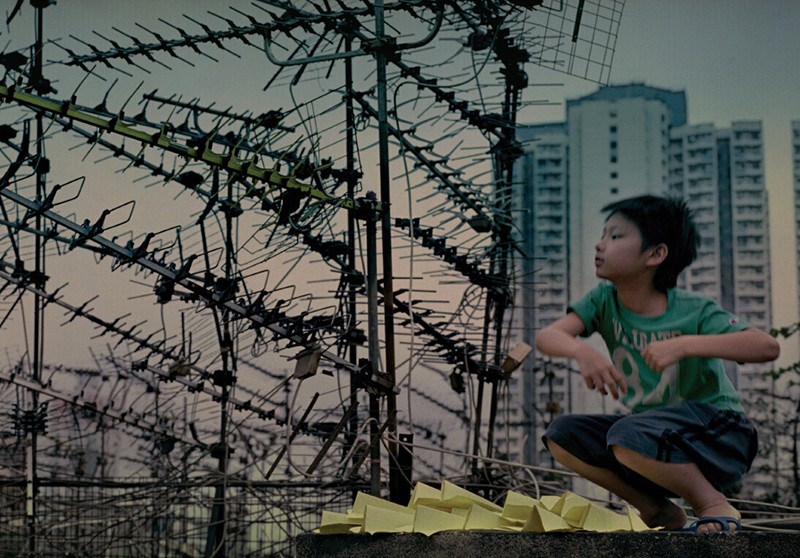 Sometime Wang’s father disappeared without trace. His mother could not cope with it. Between dream worlds and reality she saw only one way out. She threw herself down from the roof. Since then the 12-year-old boy has been living with his grandmother. But the events have left their marks. Wang does not speak anymore. Dui has no family either. He spent his childhood with a gangster. Now, at the juvenile age, his “foster father” assigns him to kidnap the son of his archrival. It is Wang. Wang’s father went underground years ago. But he had his son observe all the time. A teacher was infiltrated into the boy’s school to ensure Wang’s security “in the frontline“. When Dui tracks the boy down and is facing him for the first time, everything changes. Never before has he looked into such trusting eyes full of joyful anticipation. From now on a special relationship exists between them. Dui’s foster father does not agree with the course of events. Wang’s father notices the strong changes in his son’s environment too. Inevitably, the two fronts clash with one another.