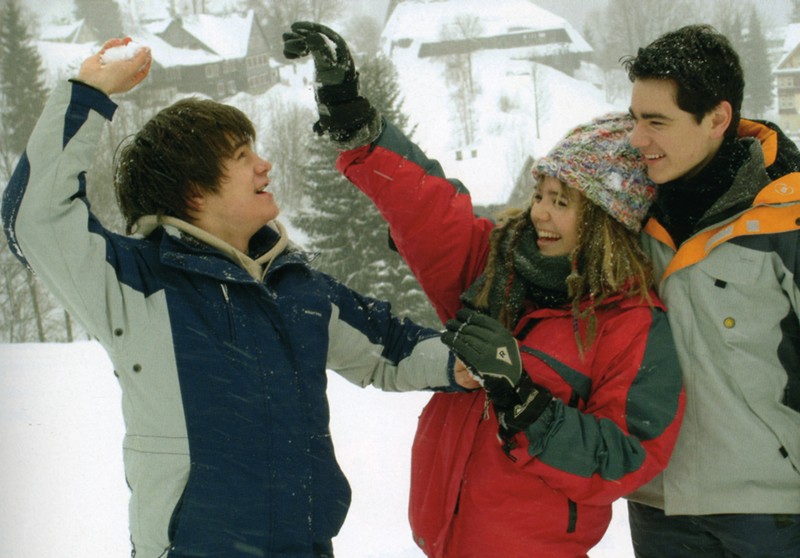 Two friends, Jáchym, called Lap, and Rendy are champions in snowboarding; but only on computer simulators. Anyway, they want to spend a week in the mountains in order to learn to use the snowboard and have a lot of fun, especially during the New Year's Eve celebration. Besides, they both hope to finally score with a chick. While their daydreaming feels sweet, the reality is quite bleak. The parents force Jáchym to take along also Marta, his older sister who just loves bossing him. On their arrival to Spindler's Mill they find out a lot of other surprises. The varied hustle and bustle of the young heroes can start ...