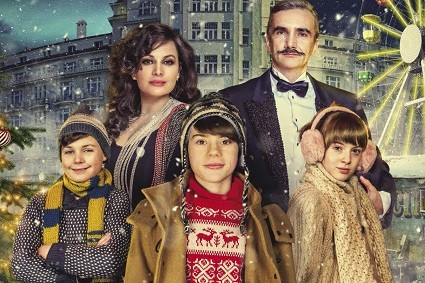 Shy Albert is Emam’s friend and in love with his sister Johanna. But Johanna is not interested in him. Just before Christmas, the three receive a magical gift from a true magician: each of them is granted a wish. But only one! The next school day, when once again a quarrel arises with cocky Vincent Bošak, son of a wealthy grand hotel owner, Emam wishes that lessons should be cancelled. And indeed, the building has to be cleared due to a fire hazard. In the schoolyard, Johanna wants snow to fall at this point. It’s really snowing, but only directly above her and for a long time. Albert, on the other hand, is saving his wish. He needs help to win Johanna’s heart. Albert is still pondering on the wording, when Vincent learns of this magical gift. He wants Albert to leave the wish to him. At first, he makes friends with Emam who should support his plan. But whatever Vincent thinks up, no trick is working, until he comes up with a very mean idea ...