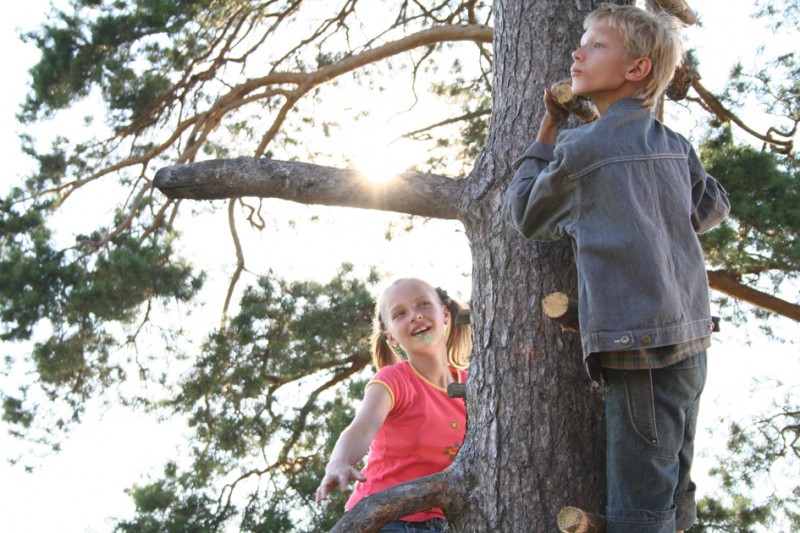 Oh, it's fantastic – this little paradise, where children spend their summer – somewhere, far from the big cities of Russia. They swim in the river, run through green meadows, climb trees, pick berries in the woods. The scene seems like an idyllic holiday, but it is also the place where these children spend their everyday lives. Among them is also dreamy Misha – who everyone calls Mishka. It is his twelfth summer in which he wants nothing more than a new bike. His world changes when Katerina, a girl of the same age, moves into the house opposite. From now on, the "newcomer" accompanies the children in their adventures – with crazy ideas and incredible stories about her father, who is said to be traveling all over the world until the day when he would suddenly appear to take his daughter with him in a helicopter. Like Pippi Longstocking, who once waited anxiously for her father, the South Sea King, who had promised to pick her up with his ship, Katerina is brave and crazy. She runs faster and swims better than the boys in the village. Instead of an own horse she has a fabulous bike, her greatest interest is the economy, and she is seriously worried about the declining production potential of the country. Misha instantly falls head over heels in love with the girl. He sometimes even confronts an older "rival". But the boy is not quite certain as to whether Katerina’s dad is really the major investor who has recently become the owner of the surrounding fields and forests and is planning to convert this place into a paradise for the VIPs.