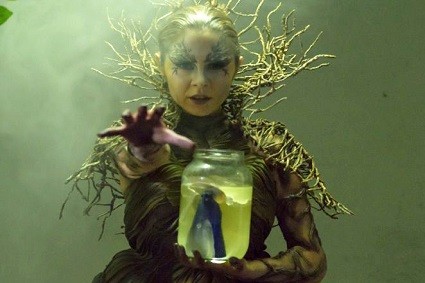 Jovan is ten years old and has had a walking disability since birth. In his dreams he flies through the city as “Superman Shade”, but in reality he is an outsider at school. That changes when Milica joins his class. At first, Jovan is appalled that now he has to share his desk with the new one. But soon he befriends the self-confident girl, who seems to be afraid of nothing. Milica feels as lonely as Jovan, because her father has left her mother because of another woman. Mother and daughter had to move and live with grandma, who is always in a bad mood and claims that her father’s girlfriend Svetlana is a witch. Milica forges a plan: She must go on a witch hunt and redeem her enchanted father. Jovan is supposed to help her. He solemnly swears it and the two arrange to meet on the spot. But you can only get by bus to the new development area, where Milica’s father lives with Svetlana. Jovan is desperately standing at the bus stop and has to break his oath. He has not considered that he cannot climb any steps.