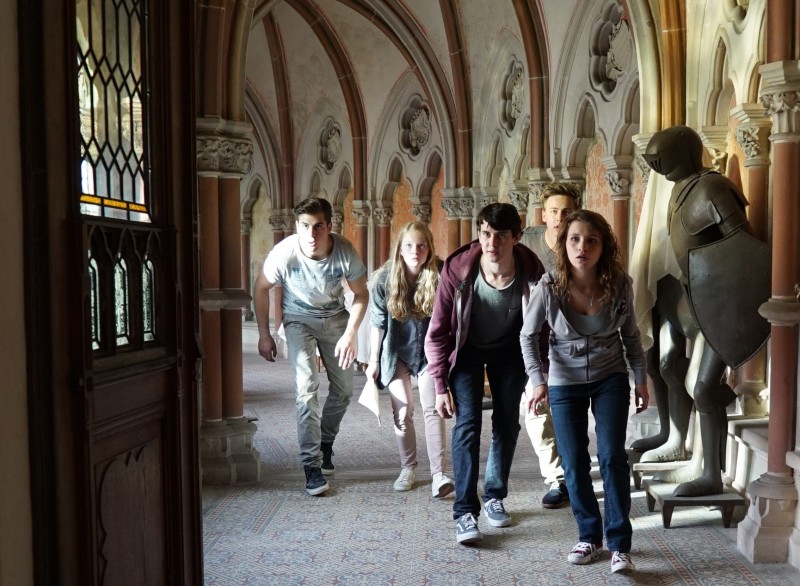 When the friends Ben, Jonas, Özzi, Leo and Sophie set out on a study trip with their class, none of them suspects that this trip might soon turn into a highly dramatic adventure that leaves them 59 minutes to prevent a disaster of unprecedented scale. Just after their arrival in the supposedly boring city of Hildesheim, a bomb explodes during their visit to the cathedral. Except for Jonas and Leo, the entire class and their teacher Joost are evacuated by an alleged special police unit and taken to a castle, where the students realize they are caught in the clutches of an occult sect. The so-called Lunaris sect wants to absorb the young people’s energy of life using the ancient pagan relic of Irminsul statue at the forthcoming solar eclipse. The sinister fanatics hope to gain immortality and divine power this way. Their unscrupulous, malicious leader Albrecht Stürmer is even willing to let all students die. Only one of them, Jonas, is to survive...